Skip to content
Return to top
On this page

The following tutorial uses the linglong-builder-demo project mentioned in the "Building Tools" section as an example. We put the project in /path/to/project. Note to replace the path when referring to the tutorial operation.

We can use the gdbserver provided by the distribution, using apt as an example:

Next, refer to the tutorial in "Run compiled App", run bash in the container through the ll-build run command, and run the application to be debugged through gdbserver:

In the above command, :10240 is any tcp port that is not currently occupied. Then we need to do two more things:

Debugging with gdb in terminal #

Then just use gdb normally.

Referring to the above process, we can easily complete the configuration of QtCreator:

Click: Debug > Start Debugging > Connect to the Running Debug Server, and fill in the dialog box:

The general configuration is shown in the following figure: 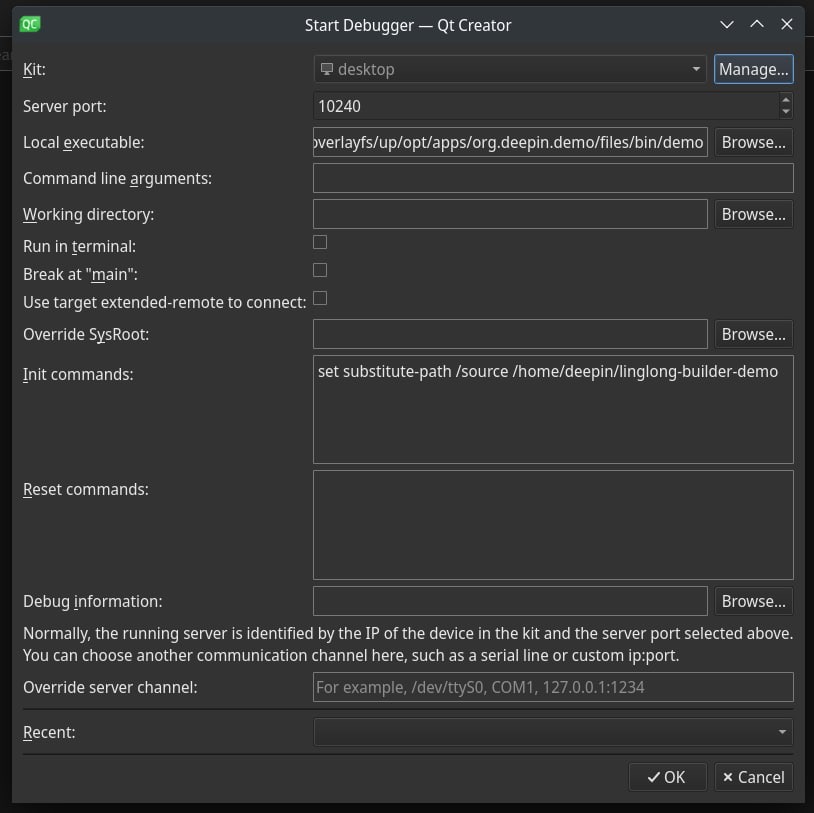 After the configuration is complete, you can use QtCreator to debug normally.